The technology allows for significant savings compared to traditional excavation techniques, due to the shorter implementation time, no restrictions on traffic and no costly reconstruction of the surface.

Call and ask about the drilling 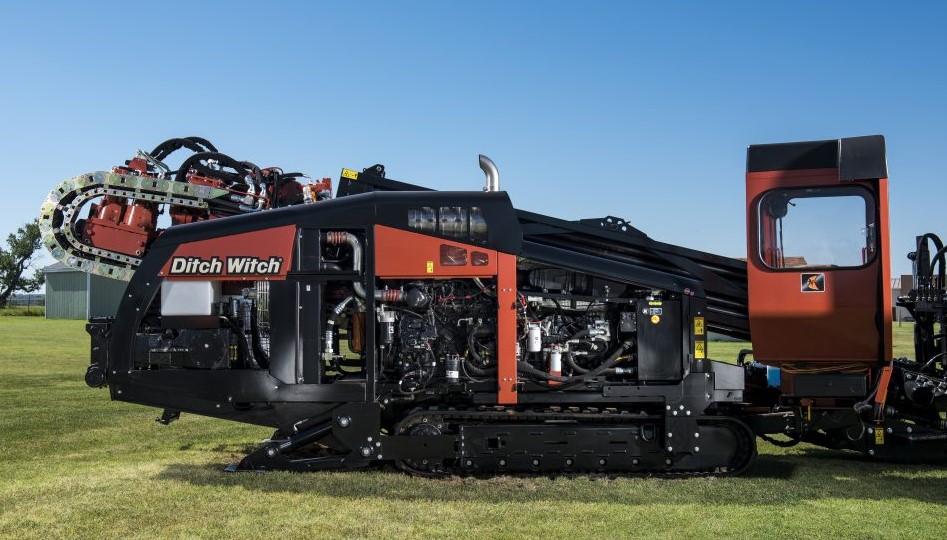 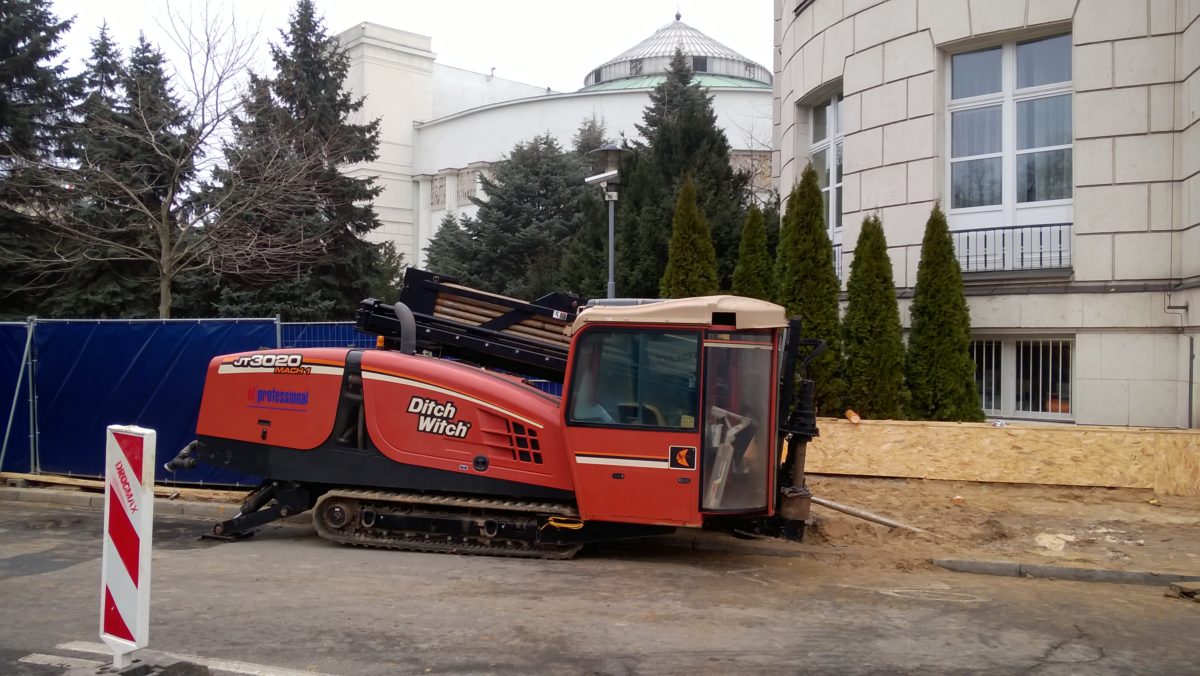 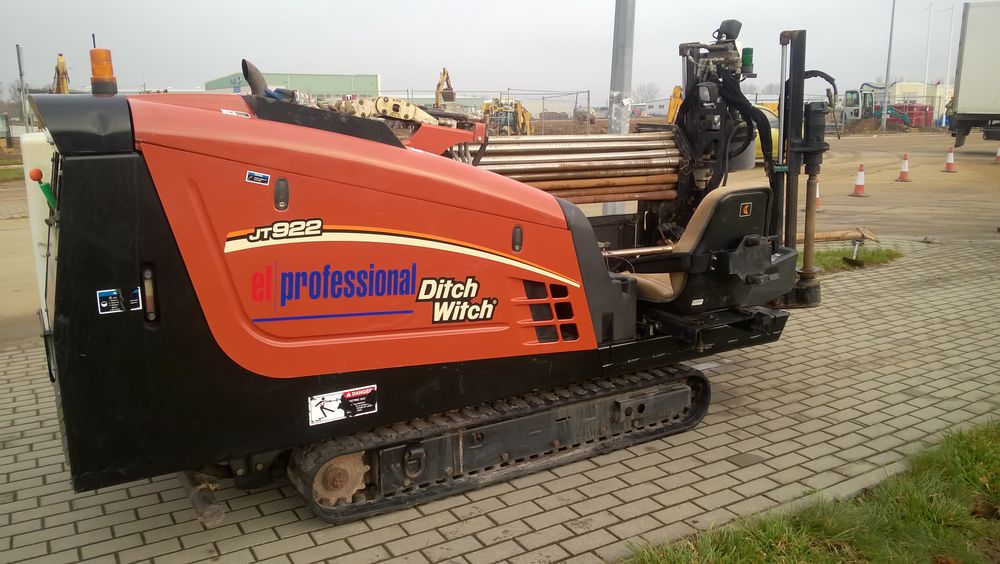 JT922 & #8211; the shortest drilling rig in its class, enabling smooth operation in small spaces, with a pulling force of 40kN. 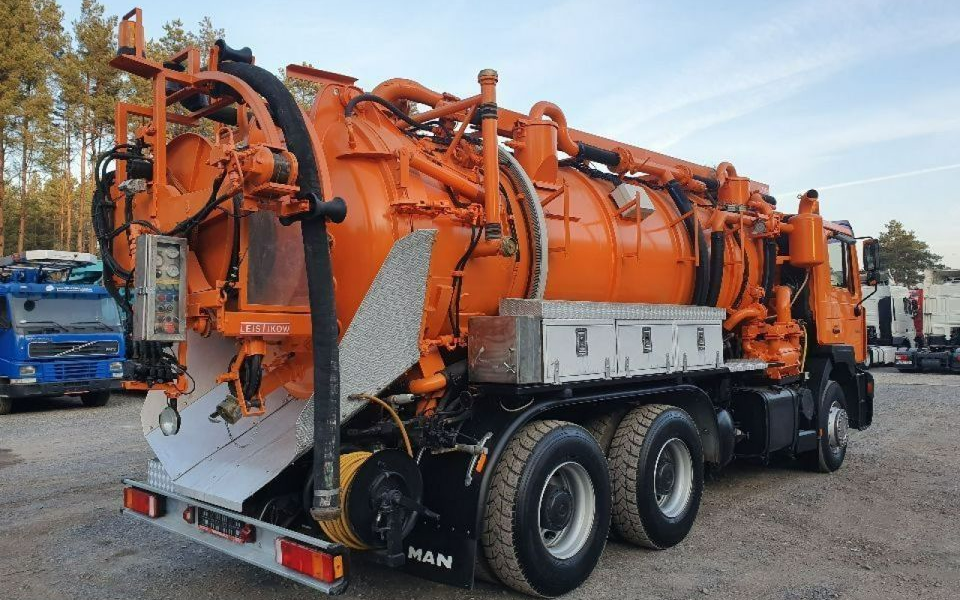 A specialist vehicle for removing the excavated material from the borehole together with used bentonite from the drilling chambers and for supplying clean water.

Controlled drills are used in the installation of:

Due to the specificity of drilling works, we send a price offer on individual customer inquiry. The main price indicator is the length and diameter of the borehole

Horizontal directional drilling consists in making a pilot hole in the planned borehole trajectory and boring it to the required diameter to insert a pipe or a bundle of cables into it.

In the first stage, according to the planned trajectory of the borehole axis, a pilot hole is made. It is performed at a properly planned point, diagonally down under the so-called entrance angle. Then, at the appropriate depth, the horizontal direction is sought. The borehole usually resembles the shape of a parabola. The drilling of the pilot hole consists of pressing connected drill rods together with their rotation at the same time. At the beginning of the drill string there is a pilot head with a control fin, and directly behind it in a special housing there is a transmitting probe, which gives the angle of the head relative to level, depth of the head relative to the surface and the angle of rotation of the probe, i.e. the exact location of the control plate relative to the axis drilling. The task of drilling rods is to transfer the sliding and rotational movement between the machine and the drilling head as well as transporting the bentonite scrubber under pressure from the tanks to the nozzles in the drilling head.

During drilling, a bentonite scrubber is fed through the pilot head, whose task is to remove cuttings, cool and clean the head, reduce friction by lubricating the drill string and stabilize the walls of the hole.

After the head reaches the starting point, a properly selected reamer is installed in place of the pilot head. Depending on the diameter of the hole required, the reaming can be single or multiple. A bentonite scrubber is also fed in the boring step.

At the last transition to the reamer, the so-called a swivel, followed by a welded pipeline or a bundle of cables equal to the length of the borehole. During steady rotary return movement, the pipeline is pulled into the widened pilot hole. The swivel is designed to prevent the pipeline from rotating.

In order to reduce the friction forces of the retractable pipeline against the walls of the borehole, in addition to feeding the bentonite scrubber, pipelines use their suspension, placement on roller guides and ballasting by filling it with water or another liquid during retraction.

The following video presents the course of the controlled drilling process

A radiolocation, magnetic and electromagnetic system is used to control the parameters of the pilot hole being made. It consists of the aforementioned probe (transmitter located just behind the pilot head), a portable locator and a monitor for displaying data. The probe emits a radio signal that is received by a portable locator located directly above the transmitter. The locator receives information about the location of the probe, which is transmitted to the drilling rig operator position.

The latest solutions of radiolocation systems, in particular of locators, allow receiving the signal from the transmitter without the need to locate the locator directly over the transmitter. This is especially important when crossing communication routes and water reservoirs. However, the information obtained is subject to a larger reading error.

The course of technological processes during the implementation of controlled drilling:

Before pilot drilling began, pneumatic jacking was used to pass under terrain obstacles.

Pneumatic jacking punches are a simple and cheap method of trenchless underground construction, used in Poland for almost half a century. For the creators of the punch used in jacking is considered to be Poles.

However, jackbacks have some limitations. First of all, this method can be used in compactable soils, because there is no spoil removal, and excess soil is compacted around the pneumatic punch.

Another limitation of the use of pneumatic jacking is the maximum outer diameter of embedded networks. It is maximum 300 mm. On the other hand, the lengths of one-time built-in sections of the network are relatively up to 35m, and in the guided jack method up to 70 m